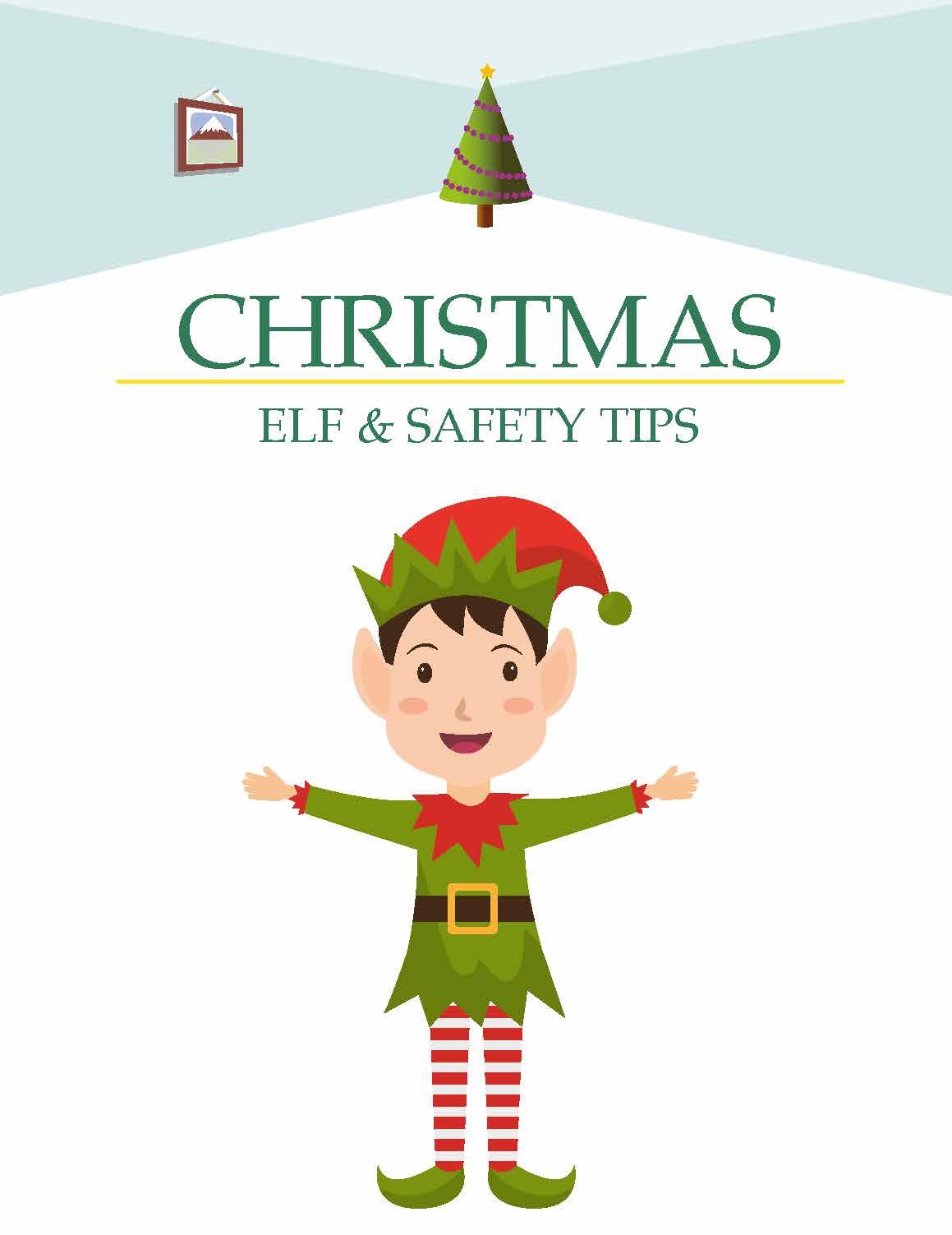 Forging ahead with your Christmas Party despite Covid?  If so here are some ‘Elf & Safety’ tips to assist in successful workplace celebrations.

Christmas decorations in the workplace.  These should be treated no differently to any other portable electrical item in the workplace.  The big difference to normal portable electrical items,  is that they only come out once a year, get wrapped around a timber or synthetic alternative tree, which can itself be a simple but highly effective fuel for a fire should the electrical items fail in any way.  So to minimise the risk of a fire starting, check the condition of the wiring, plug, transformer etc before putting them on your tree.  Replace dated lights with safer LED alternatives and do not block the plug socket supply with decorations such as parcels.  Nominate a member of staff to regularly check the tree and its lights, for any signs of damage, paying particular attention to the plug socket.  Turn off the lights at the end of the working day.

The Office Christmas Party.  For many employers in 2020, Christmas parties were another casualty of the pandemic. They either hosted a remote party via Zoom or Teams, or substituted vouchers and gifts to mark the work put in by their employees during what was a very hard year.

As something approaching normality has returned to the UK economy, employers are now considering their options for Christmas 2021. There are several factors to consider, including the safety concerns of vulnerable employees, the increasing rate of infection across the country and the possibility of the government introducing Plan B, whereby a mask mandate and other restrictions are brought back in.

For most employers, there are three main options, in reducing order of risk:

For external venues, there is also the issue of COVID passes being required for entry, either because of the policy of the venue or if Plan B is initiated; this could lead to some unvaccinated or part-vaccinated staff being excluded. For reasons outside their control, some staff may not have had two vaccines yet; some may only have had one. For example, someone who has just had a baby may only be starting their vaccination course.

The NHS COVID pass should show if someone is exempt for medical reasons, but for other reasons like religion or philosophical belief, that wouldn’t show up on the pass. This could have the effect of a discrimination claim under the Equality Act 2010 for less favourable treatment if the person in question is excluded from the venue.

For parties held in the workplace, the employer will need to take steps to assuage the concerns of potentially vulnerable employees. Such measures could include lateral flow tests, risk assessments, social distancing, hand sanitising measures, cleaning of the premises etc. so the venue can be guaranteed (as far as is reasonably practicable) COVID-secure.

Employees should be informed of the measures taken for their safety and if they decide that they still don’t wish to attend, that will be their decision.

If an employee decides that the party is going to be a problem for them to attend because of this, they should be allowed to opt out with no detriment to themselves, direct or indirect.

Harassment.  One topic which always occurs for Christmas parties is conduct and sexual harassment, which can be both verbal and physical, even including commenting on someone’s clothing or appearance.

Given the presence of alcohol and the misconception that the party does not count as “work”, some people can forget themselves and at times behave highly inappropriately, particularly if tensions that have been simmering during the year finally come to the fore, with inhibitions lowered because of alcohol.

The separation between work and non-work will be more marked if the party is held at an external venue rather than the company premises.

It would be a good idea for the employer to set out well ahead of time to all employees that Christmas parties are an extension of the workplace, regardless of where they occur.

This would require conduct to be kept the same as it would be in the workplace, a clear reminder of what is and is not acceptable behaviour and consequences which could occur such as disciplinary action potentially leading to dismissal for the most serious of offences.

After the party.  If the party is being held at an external venue, it is likely that hotel accommodation will be available nearby to avoid employees having to travel unsafely. For those parties held in urban workplace locations, public transport options will likely be available. For workplace parties where the location is more remote and less well served by public transport, employers should make sure that party attendees have a safe way of getting home and don’t lay themselves open to the risk of drink driving, either themselves or as a passenger of someone who is over the limit. An informal survey of attendees prior to the event to determine who might need a little help to stay safe would be one way of tackling this matter.